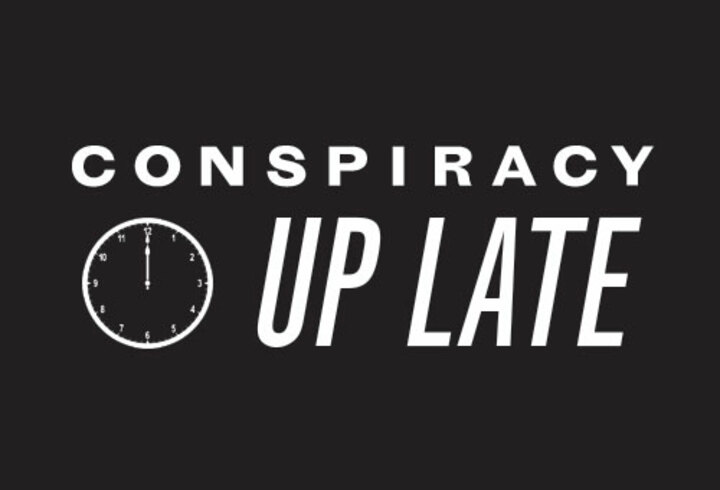 Every Friday and Saturday Night during MICF!
$25 Tickets
(Plus $0.50 Online Booking Fee)

Stay out late tonight! Each session of Conspiracy Up Late features a different group from The Improv Conspiracy community taking over the theatre and programming the variety show of their wildest dreams. That's eight different hours of weird and wonderful improv and sketch comedy that'll make you glad you stayed up past your bedtime.

Saturday March 27: Off The Cuff – Improvised stand up comedy

Off the Cuff is stand up meets improv! Each act is given prompts to inspire material that's made up on the spot. Will they generate their next best joke, or something that barely makes sense? Either way, it's funny!

A star-studded cast creates a never before seen movie right before your eyes!

These experienced performers will take you on a hilarious journey of epic proportions, but there's not pirating this blockbuster flick. This film is for your eyes only, and never to be seen again.

Saturday April 10: Hit By a Blimp present "WARP": a Live read through

Hit by a Blimp present a staged "reading" of their could-have-been Logie Award winning hit 2020 Comedy Festival Show WARP! Left on the shelf for a year, the Blimps have blown off the cobwebs and realised the show may have been so ambitious, and boundary breaking that it might not actually make any sense.

Come judge for yourself!

After the events of the sold out 2019 'Steven Spielberg is Dying', the lunatic cinema auteur is DEAD?!?! Come help send him off in spectacular fashion with some of his closest family, friends, enemies, acquaintances, lovers AND MORE!!!

It's the show where everything's made up and the points don't matter! That's right, the points are just like intellectual property law. They don't matter at all. Two back-to-back episodes of something resembling Whose Line. Totally improvised. Totally faithful to the original show, but it isn't the actual show. Totally local Melbourne improv veterans. There will be a hoedown.