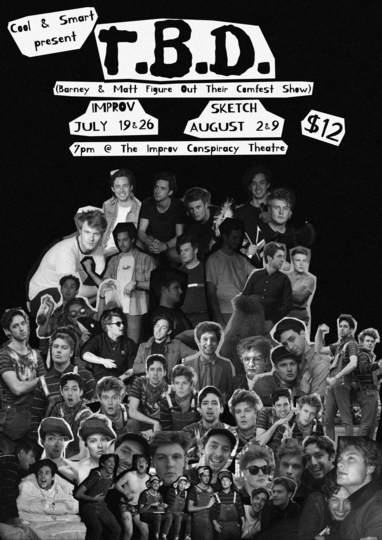 Last year Cool & Smart (aka Barney Pollock & Matt Young) wrote a show for the Melbourne Fringe. They took it to Perth Fringeworld and then to the Melbourne International Comedy Festival and it was really great. Everyone laughed.

This year they don’t have the money to do the first two of those things so they’re going to try to work out their show for next year’s Comedy Festival in the space of four short hours, spread over four Fridays.

They’ll do two shows worth of their signature bombastic, high-energy improv followed by two shows of surreal sketches based on what they improvised. As the weeks go by, next year’s festival show will take clearer and clearer shape (they hope).

Come and get involved in the creative process. Let Cool & Smart know what’s good and what sucks, then see if it makes the final cut.

They don’t have a show yet. For now it’s TBD.