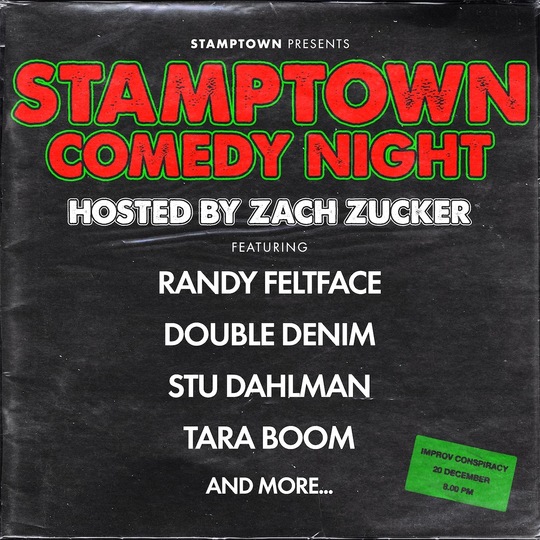 Stamptown is an award-winning, independent music and comedy production label based in London and LA – at the Improv Conspiracy Theatre for one night only! [Well, two, after the first one sold out!]

A fixture on the international festival scene, Stamptown is an award-winning, production company that creates original film/tv and tours live comedy and music worldwide.

This show will go for approximately 90 minutes and will include an interval.