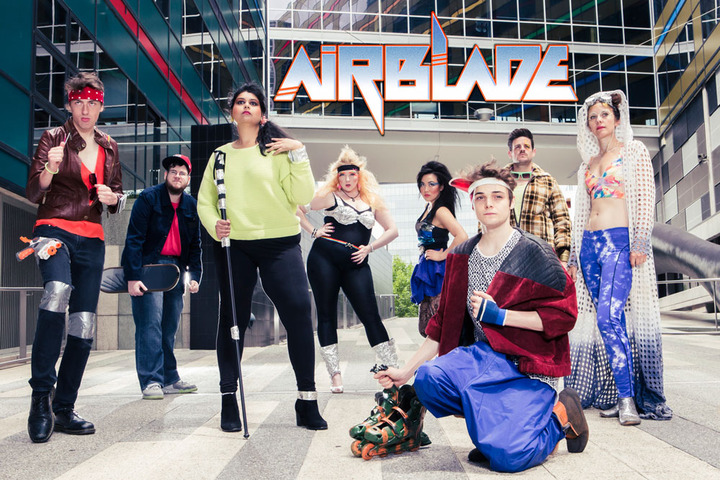 The year was 1352, dancing was yet to be invented and it was a particularly jazzy year for music which made all the toe tapping and knee slapping confusingly delicious.

The year was 1842 and rubber bands were more valuable the pure gold.

The year was 1939. Everyone was dancing the "World War 2" and preparing for the nuclear age.

The year was 1947. Around the world, everybody is doing an dance called The Eccentric Toddy.

The year was 1986 and everyone was Pastor Chuck.

The year is 1987 and eight superheroes are born.

The year was 1990. The Dolphins have returned.

The year is 20XX, the robots have taken over, the song of the summer is a reissue of "Pour Some Sugar on Me"

Airblade performs The Harold, a 30-minute improv comedy format developed at the iO Theatre in Chicago. Appearing in the first bracket of Harold Night.