We are now about one year later. Another plane trip, but this time it’s for real. No more mucking around. I am going to Melbourne and staying there. I mean, it’s really the economically viable choice - I've been going there at least twice a year for the past three years. 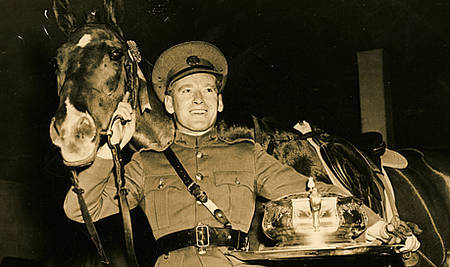 I've left the comfort of a cushy job, loving family and wonderful friends for ....what? The only guarantee is I'm part of the Big Hoo-Haa! Melbourne. So on the first Tuesday of my Melbourne life I go to Hoo-Haa training. The first half of the session is a big deconstruct of last year. So I nod wisely and think of Perth...

Since I’m unemployed with no prospects, or as I like to call it, 'ready to party', I stay for a drink and start to get to know the troupe. There are a lot of familiar faces from the old Perth days – in fact, I soon realise that there's probably a greater amount of Perthies in Melbourne than in Perth! And of course there’s our token obnoxious American - my old mate Adam Kangas.

He's started his own group here, a conspiracy that he won't stop telling people about, and sure enough I'm there training with him the very next night. He starts talking Harold, and while it doesn't quite blow my mind it's certainly a lot to take in at once. This thing will take some figuring out!

At the same time I meet a whole bunch of people: Scott, who was at Hoo-Haa the previous night, Evan, who I recognise from the Hoo-Haa poster, Evan's partner Claire, another Claire and some dude named John.

Thursday night rolls by and I’m performing in my first Melbourne Hoo-Haa. It's now been 3 days straight of impro and I am getting hooked. But I still have no job and need something else to do in the daytime, and that's how Parxercise comes into existence.

What's it called when a 20-something year old goes to Fitzroy Gardens wearing denim shorts and superhero themed t-shirts and starts doing Tae Kwon Do? Parxercise, my friends. I'm getting better as well, I only have to stop and watch the pattern videos on my iPhone every once in a while to jog my memory. It's been quite some time. I'm thinking about making this into a business: $5 per person per session, no official starting time, I just get ready when I'm ready and then send a text out - I am basically living the dream... In my mind. 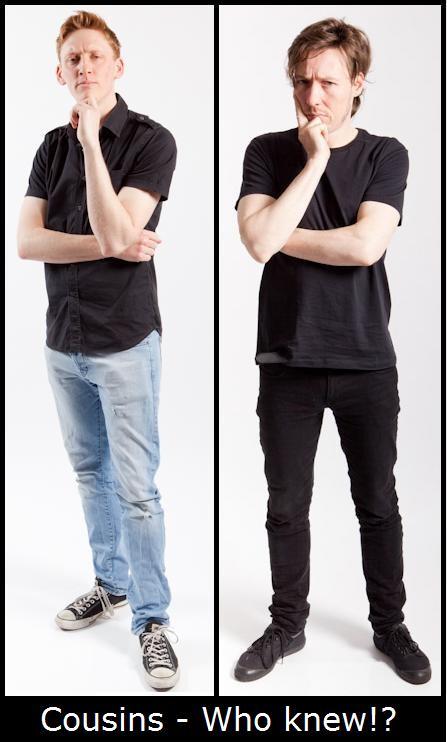 I promised myself I'd do the weekly phone home so I ring my mum. Of course she asks about the job hunting (oh yeah, that thing!) and is none too impressed by Parxercise - which surprises me, because whenever I do it, heaps of park goers stare at me with wondrous appreciation. But hey, you can't win 'em all. When we start talking impro she's reminded of something. "You should try and catch up with my cousin, he's part of the impro scene over there. His name's John" "Oh yeah, I met him on Wednesday."

Yes, dear reader, it turns out that within 4 days of living in Melbourne I've already managed, without realising, to run into my second cousin, John Corry. We soon establish that his Grandfather is my Great-Grandfather. I THOUGHT Corry wasn't that common a surname. And so I continue my habit of meeting people in unexpected situations...

Join me next week for "There's Something About Harold" where I might actually talk about impro. Might.

« Previous: Another show, another review! Next: How to be a Good Improv Audience »