There's Something About Harold

I've been in Melbourne 3 months. I still don't have a job, In fact, I'm getting a bit desperate. 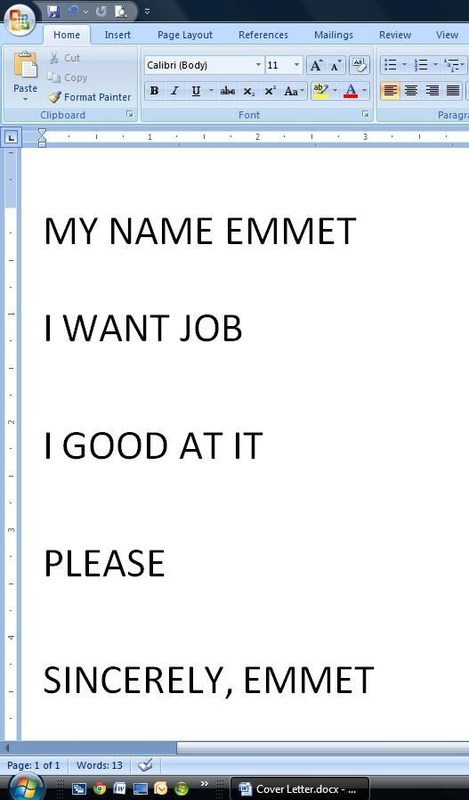 I've managed to pick up a bit of temporary work, so that's nice. Parxercise has fallen a bit off the radar, but having some income is a better thing, let's face it.

What I find next is not a job, but another way of spending my newfound funds - a musical impro workshop from an international guest, Lindsay Hailey. This is what I'm all about, I can't wait.

Aside: My life has exploded with impro over here - not only am I still filling up all of my midweek nights with training or shows, I'm also developing another project with a few talented Hoo Haa people. There's so much creativity and opportunity over here!

So this musical workshop will nicely top off another very full week of impro. Although I've stopped Parxercising, I've discovered something else that I do a lot of in Melbourne: running. No, not for exercise. Don't be silly.

What happens when a 20-something year old guy, who is used to driving EVERYWHERE in Perth, gets to a town where public transport is rampant and if you’re not on time, you miss it? He learns why it's called 'running late'. I'm running for trams, I'm running for trains, I'm even running from home to the city when I'm really stuck. I'm running so often that I've actually bought a pair of shoes especially for the purpose - that's right, dear reader, the Converse All Stars are just not cutting the mustard.

The train comes early. Bummer. I run to the bus. The bus comes late. Bummer. Or at least, it’s not come yet. And with that many train and tram apps, there seems to be NO information about buses in this city!? I’m not sure whether to hang around waiting for the bus like a chump or just run to Abbottsford, so I go for a compromise. I sprint towards Abbotsford and wait at each bus stop to get my breath back. The bus ends up coming at the 5th of 7 stops. Great.

I arrive at the Convent hot, sweaty and out of breath – and meeting a whole bunch of people for the first time. I guess I will always be ‘that guy’ now. It turns out the muso is sick and we're working instead on, would you believe it? Harold.

But this is good, I'm working with a group of Impro Melbourners/Impro Boxers, and they're all quite experienced, so we get some nice play going. A couple of things Lindsay really stresses are 'giving it away' and establishing a hive mind. 'Giving it away' is where you deliberately connect with your fellow players through repeated and focused eye contact. We start working on a Harold opening which is essentially a more intense version of 'The Machine', and every time someone gets up onstage, adds to the machine, or moves - Lindsay is yelling again and again "Give it away, Emmet! Sophie, give it away! Give it away, give it away!" You feed off each other’s energy and use it to inspire you. And that's how we end up making... the Sad Sausage Brothel.

Yep, somehow the parts have all connected to result in a pleasure house capable of producing, cooking and serving sausages, made of... what humans generally dispose of as 'waste'. But because we're so focused on connecting we're really all on the same page, and we start to build up the energy to a climax. It's pretty cool (if a bit sad and sausage-y). In the next opening we do, I get to be a robot. And that's pretty cool. 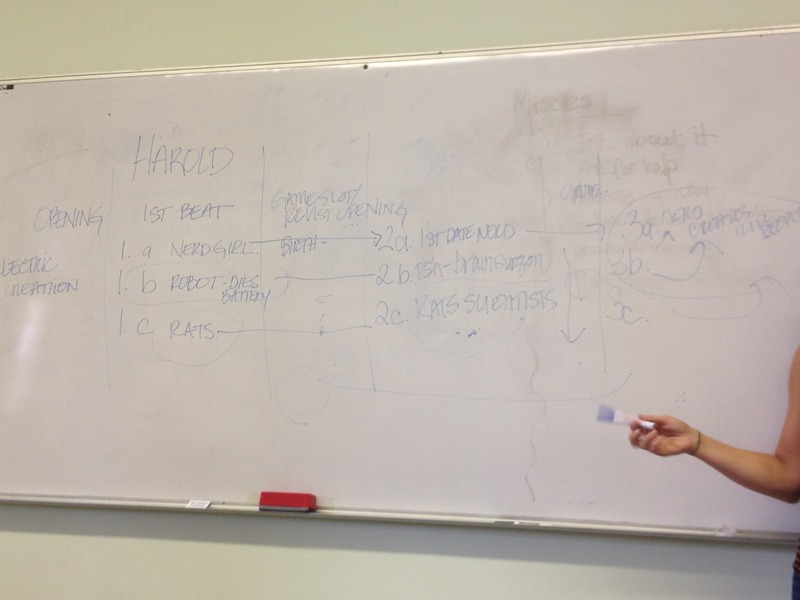 Lindsay uses a whiteboard - old school! What is that even doing there? - to show us how you can pull from the first beat to the others in 3 ways: character, theme and tangential. We end up putting it all together in a full Harold, and it works! That's pretty cool.

There's something about Harold.

« Previous: How to be a Good Improv Audience Next: My Introduction to the Harold »