This is a post in our "Five Questions" series of interviews with Improv Conspiracy members.  During the 2013 Melbourne International Comedy Festival we'll be posting a new interview just about every day. You can find out more about our show "Our Friend Harold" and buy tickets by clicking here!

Kathleen Douglas is a small girl with big dreams who recently left The Improv Conspiracy to spend a year overseas. As a parting gift, she transcribed an incredibly self-indulgent interview with Andrew Strano in a Sydney lounge room, in a grand effort to sass Artistic Director Adam Kangas a few more times before fleeing Australia. 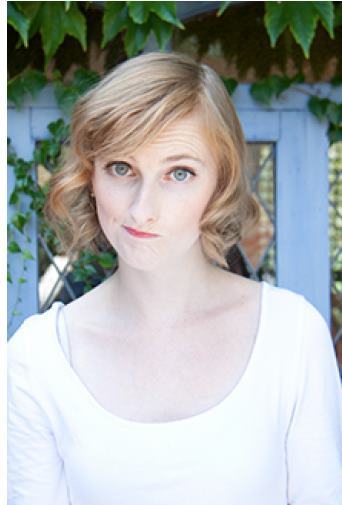 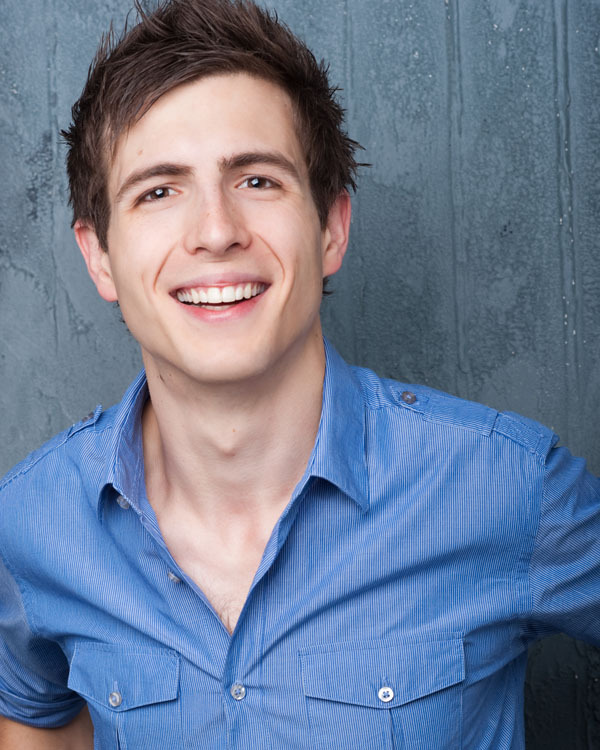 So, after discovering via Facebook that we are both in Sydney at the same time and Strano needs a couch for the night, I invite him to my brother’s house (who is also named Andrew. Not that that’s a relevant piece of information. I just thought it was interesting. But now that I’ve written it down it’s not. I’d delete it but Kangas is breathing down my neck for these answers to be jotted down so I better get jotting!).

It’s after midnight, and we settle into our couches in our pyjamas as I conduct this interview or he’ll never improvise again.

Kathleen: So Strano, why the hell did you risk being banned from performances by not answering Dictator Kangas' questions?

Andrew: Wow, ummm… First of all, All Hail The Kangas and May He Rule in His Mighty Way… long and prosperously. Secondly, I'm quite busy.

Andrew:   I Just got back from Adelaide Fringe where I was either performing my show or at an artist bar coining my move The Power Bottom...

Andrew: No, seriously, you put your hands right in front of you and thrust your butt backwards while saying “aw fuck yeah” *demonstrates*

Kathleen: Right. That was…disturbing. Let's just get into the questions and then we can go to sleep. What was the first improv show you saw that made you think, "Wow, I'd like to do that?"

Andrew: I grew up in Wagga Wagga, so there weren’t many improv shows around. I did every theatre class at the Riverina Young People's Theatre, or “ripped” but spelt with a Y (RYPT). Yeah baby! But instead of pumping iron we were pumping Oedipus Rex for deeper meaning and re-contextualising it into a modern society blah blah media blah perceptions (Kathleen stopped listening here).

Kathleen: Hang on, hang on, you’re not answering the question.

Andrew: Yeah, I’m getting there. So that was the kind of class I was doing but then I did a class that was more like theatre sports and I was like, “Being funny’s fun. I wanna do that!”.

Kathleen: And….that’s when you decided to do improv?

Andrew: Yeah it’s like everything in my life, it wasn’t seeing it that made me want to do it, it was actually DOING it.

Kathleen: Ok…so what aspects of the Harold do you find most rewarding?

Kathleen: That’s a legitimate answer. Let’s go with that.

Andrew: Yeah but like, I mean a good finish.

Kathleen: Good, succinct answer. What’s the most challenging aspect of the Harold?

Kathleen: What would you like your team, which is…

Kathleen: …to be capable of by the end of MICF?

Kathleen: Anyway, how about a year from now?

Kathleen: Yeah…what about personally? Do you have any personal goals?

Andrew: Yeah I want to be able to step into any of those little hats. Like I want to be like…cos naturally I’m like a bit loud and abrasive and I know what I provide…

Kathleen: What do you provide? What can we expect from you?

Kathleen: Right and what do you want to be capable of?

Andrew: I want to be able to…like cos you know, you watch people like, I dunno, let’s not name names cos that’s an actual question later but you watch other people and you go “oh what you bring to the team is this___” but shouldn’t we all be well rounded? And I know it’s team playing, whatever, and it’s great to use other people’s varying skills but surely if you see something that needs doing you should be able to do it.

Kathleen: (has taken out iPhone for voice recorder) Cool, I stopped listening cos that was a really long answer but I’m sure you’ve said some great stuff. Let’s just try to keep it snappier. People haven’t got all day.

Andrew: Right, well what I mean is Pirate, Robot, Ninja. I want to be all three.

Kathleen: Good, much more succinct. It’s 12:45pm so we need to get moving on this. Which Conspiracy members do you have crushes on and why?

Andrew: I just want to mouth kiss Charlie Sturgeon every time he brings in some pathos…

Kathleen: I’m sitting right here and you didn’t start with me.

Andrew: You’re not in The Conspiracy anymore.

Andrew: Yeah Charlie… (lauches into story about Charlie being a star that goes on too long. Again.) …and the audience is all “aww he’s a star!” anyway it was one of those you had to be there things.

Kathleen: I would say that’s a pretty good way to sum up a Harold night though: You had to be there.

Andrew: Yeah it’s all about the group and shared knowledge and relationships and there’s a word for it but…

Kathleen: You had to be there.

Andrew: No there’s an actual word!

Kathleen: Someone else might know it. So you only spoke about Charlie, it does say “crushes”… but do only have the one?

Andrew: Oh no! No I love everyone!

Kathleen: I think I know who you have a little crush on.

Andrew: I do love Andrew Watt.

Kathleen: I’ve got a little crush on Andrew Watt but he’s married so that’s like illegal.

Andrew: I don’t think it’s illegal to have a crush.

Kathleen: I just watch from afar.

Andrew: When you start entering his house to smell his clothing that’s illegal.

Kathleen: Too far? Noted. How about that Scott McAteer? I think because he’s bald you just have confidence in him.

Andrew: I love that guy! When Scott’s in a scene you’re never flapped, Jack Smith is the same.

Kathleen: Jack is my hero.

Andrew: He’s everyone’s hero. Daddy Kangas picks a pattern like no one else.

Kathleen: Daddy Kangas! That’s a good name for him except he’s not much of a Dad. Dictator Kangas.

Kathleen: That’s true, he did give birth to The Improv Conspiracy, through his vagina. [ed: hey, watch it!]

Andrew: Who else?! I feel like I’m leaving people out and I don’t want to do that. Marcus Willis! Let’s just do everyone.

Kathleen: I really want to sleep…

Andrew: Rose Callaghan! She’s sexy and she’s like “Fuck yeah! Alright!”. Chaz, you can set him any challenge and he’ll do it. Kat is cool as a cucumber, comes out with some pearlers! John Corry, I haven’t played with that often (hehehe) and he just drags me into the action…

Kathleen: I’m a bit over talking about everyone.

Andrew: But I’m about to do you!

Kathleen: Alright then, but one word per person.

Andrew: No no! You get two words. Emotional response.

Kathleen: Great! You’re getting it!

Andrew: No wait, Anders is quirky though!

Andrew: I can’t do one word!

Kathleen: Sure you can, here: Harley- Kooky. Delwyn…

Andrew: Ginger! But also switched on.

Andrew: Great characters! Not afraid to be a loser!

Kathleen: You are terrible at this one word thing. Just awful. Daniel?

Andrew: Tim is like…size and commitment.

Andrew: Caring. She cares and she’s…

Andrew: Aw yeah! And he knows how to escalate!

Andrew: That’s all the questions? Kathleen…?

Andrew: Kathleen you missed a question last night. How has your improv training helped your non-improv life?

Andrew: Life is just better when you make people laugh.

Kathleen Douglas started with The Improv Conspiracy since May 2012.  She performed with The Peeping Toms before fleeing the country to spend a year overseas.