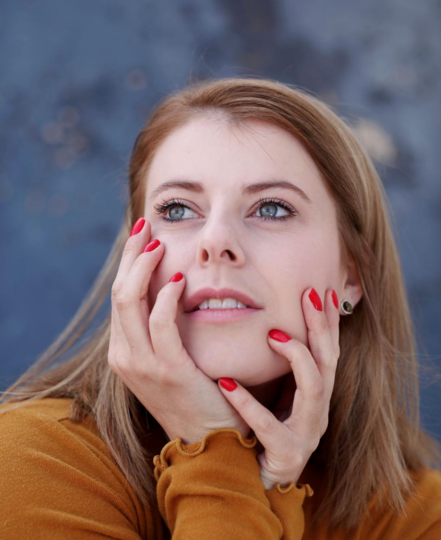 Alex is an actor, writer and producer and has been hanging around TIC for a very long time.

After her first term in 2015 Alex took a break to focus on her solo cabaret I See Me & Meryl Streep. Then started level 2 and took another break to work on Channel 10’s Offspring as the voice inside Nina’s head. Then after completing levels 2, 3 and 4 Alex took another break to do Noel Coward’s Hay Fever at MTC followed by ABC’s The Housemate which she co-created and co-starred in alongside Gemma Bird Matheson. Alex then returned to classes again in 2019 and is so gosh darn excited to be joining the TIC house teams.