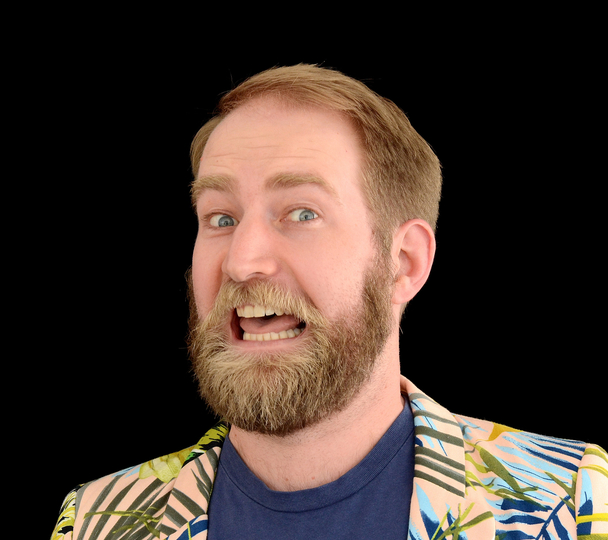 Chris has two cursed arts degrees, so he was doomed to work as a barista for an interminable number of years. Recently he started working for an educational theatre company, performing for kids! Is the curse broken? Ask your local warlock, please.

As an MC for Supanova Comic-Con and Gaming Chris has hosted panels for various celebrities as well as comic writers and dice enthusiasts. This whole bio thing is precisely the place to drop names, but he’s not going to do it due to some misguided sense of decorum. What a nerd.

Still, ask him and you’ll find out he once briefly met that person from the show you like, and guess what, they were totally cool so you don’t have to stop watching the reruns.

Jumping into long-form improv at TIC after toiling for years in Adelaide’s stand-up scene was the comedy equivalent of Michael Jordan becoming a baseball player except that this analogy is terrible and doesn’t hold up.

One of his shows was called A Beam Of Golden Sunlight Illuminates The Lone Figure Of Chris Knight Amid The Colossal Wreckage Of Our Once-Great Civilisation.

He has a cat called Taffin who is named after Pierce Brosnan’s worst performance. Taffin edits and maintains the website www.chrisknightcomedy.com in her spare time.