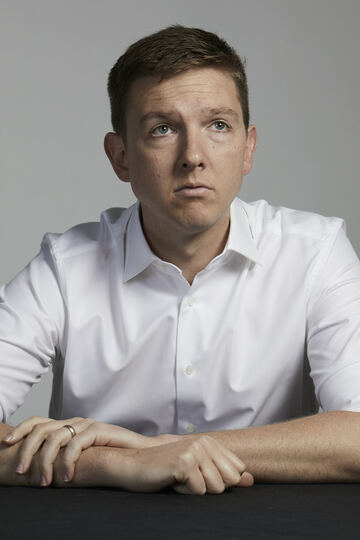 Join Date
May 2018
Performs With

From the time he was a child, Daniel was young at heart. Now an adult, Daniel is old at heart and there's nothing wrong with that.

You can watch Daniel perform at TIC as part of the Fresh Blood team Joyride, the musical improv team Phantom 'Prov the Opera, and the indie team Christopher Walken Dead. When Daniel isn't spending time with his improv compadres, you will often find him designing buildings, being a voice over artist, or podcasting.