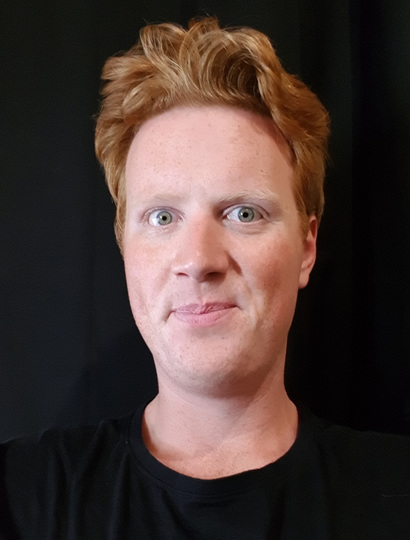 As a 6'6" tall monstrosity David has woefully neglected his god-given duty to play basketball and instead has blown it all on acting and improv.

David began his improv training while living in Vancouver, Canada in 2015. Now back home in Melbourne he is performing in the Fresh Blood team 'Sinkhole'. He is also somewhat known for his impression of Christopher Walken as a part of the improv duo 'Walken Eastwood'. Outside of improv he enjoys acting, voice-over, video games/TV/movies and travelling.