Covid Safe Summer Update – February 28: Classes and shows are back up and running! Face masks are optional on premises, and theatre audiences are capped at 75% of capacity.
Browse Workshops Check Show Calendar 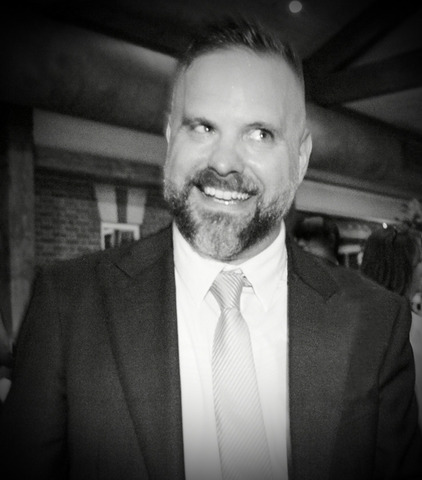 Hailing originally from New York City, David arrived to Melbourne in the Autumn of 2012 with two dollars in his pocket and an exclusive modeling contract becoming the new face of Husky Boyz® Jeans in hand. Unfortunately after an especially terrifying photo shoot involving Hypercolor muscle-Ts, dead jellyfish and cold red cabbage, David learned the hard way there wasn’t actually a market for portly, bearded, short men in whitewashed pegged denim as he was promised. The entire ploy was just a scam devised by the Episcopalian Church to increase their parishioner number overseas in established heathen countries.

Broke and brokenhearted, David survived the mean streets of Melbourne’s CBD by dancing and crying (and sometimes having to dance while crying) on the Internet, or the Information Superhighway as you may know it, for German bitcoins. Times were tough but it was during these trials and tribulations he learned to love again and found solace in secret midnight McDonalds binges or taking time to invent such popular catch phrases as "Why Do You Hate Me?, “Dogsflap!” and the Nickelodeon Kids Choice Award winning “I’ve only had three pints, you son of a bitch!”

"Dance like no ones watching!" is something you'll never hear him say as he's slightly agoraphobic, a little paranoid and very insecure about his growing balding spot. David joined the Improv Conspiracy in the summer of 2013 as a Level One student and hasn’t looked back since. You can find him now performing regularly on the Conspiracy team “Foggy Windows”, embarrassing himself as a shit blogger at www.guncledave.com, making music with his more off again than on again band Withershins, doing stand-up at empty pubs and continuing to perfect his signature “crydancing” moves with Cool Charlotte, an experimental comedy group he co-founded in 2012.