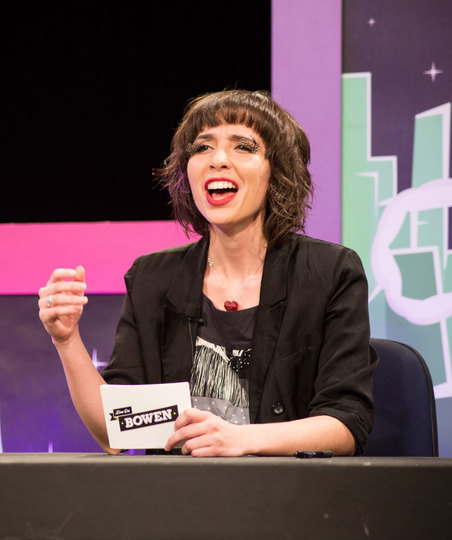 Elizabeth is a comedian, performer and writer who co-hosts political comedy show The Leak for C31, where she enjoys taking the piss out of politicians, corporations and MRAs. She has also featured on Live on Bowen, Offbeat Mondays and Game Night.

Elizabeth has written and performed in numerous festival shows including her solo stand up debut Also-ran, which premièred at the 2015 MICF. She co-starred in CREEPS with Natalie Harris for the 2014 Melbourne Fringe and in 2013 she created Party Banana an experimental, interactive comedy show which sold out at the MICF and Melbourne Fringe - and not just because there was a bar in the show.

Elizabeth has been training with the Improv Conspiracy since 2015 and performs regularly with the Fresh Blood team Dad Fight.