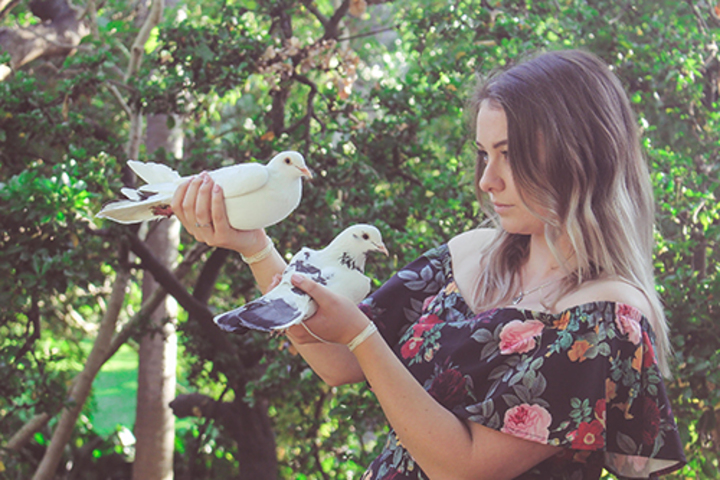 In February 2017, Eloise was performing The Vagina Monologues inside a church hall, when the stage was suddenly plunged into darkness due to a power outage. Instead of realising that it was probably an act of God, she improvised her way through the darkness, and has been ignoring all the warning signs ever since.

As well as training at The Improv Conspiracy, Eloise has performed on the TIC stage as part of Fresh Blood team Sinkhole, indie teams Hindsite and Alcoholic Bath Moms, and in the improvised standup show Off The Cuff. In 2018, she was a RAW Preliminary Finalist, and performed in the 2018 Melbourne International Comedy Festival run of Improvised Potter. She is an actor, writer and comedian who also makes films, takes photos and sings songs - some of which you can find at www.eloiseantonie.com. To this day, Eloise has never had food poisoning.