Stage 4 Restrictions COVID-19 Update: Due to reintroduced restrictions, we've been forced to postpone ALL improv classes until further notice. We will be in touch with affected students via email. We'll be converting listed in-person sketch comedy classes to online versions, and adding additional classes where possible. There are no shows running at the theatre. 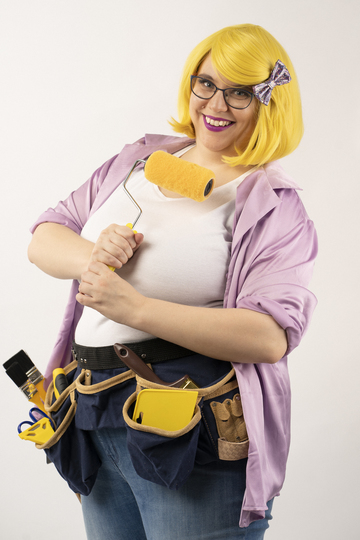 $15 Tickets
(Plus $0.50 Online Booking Fee)
Most sessions offer a 20% early bird discount for tickets booked over 24 hours in advance

In 1998, Trajudy Stacey appeared on one episode of Changing Rooms. She hoped that it would be her springboard to fame, launching a fabulous career as an actress, singer and general bon vivant. Instead, Trajudy bellyflopped into a trickling stream of gigs opening chicken shops and guest judging at local fetes. Her life was left in ruins, much like the room she attempted to renovate on national television. But now, after 21 years in the wilderness, Trajudy Stacey is back with an Australia-wide stadium tour, ready to show you all what you didn’t even know you were missing.