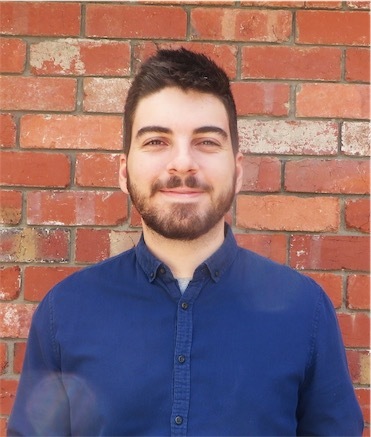 The split-second moment before you step out on stage is a heady one. It’s terrifying. Nerve-wracking. Uncertain. It’s also thrilling. Exciting. Addictive. Occasionally there’s a confidence that goes with it – the notion that this is single-handedly going to be the best thing you can contribute, and the reaction will be insane. Other times though, there’s nothingness – no solid initiation, no clue as to what will happen, no idea. You just hope for the best.

But each time is the same.  Each time you’re jumping into the void. There are no guarantees. No certainty. And once you’re out there, there’s no going back.

This leap into the unknown has a parallel that’s scarily similar to my own personal life right now. To make the rest of this post make any sort of sense, I should probably just spit it out: I’m gay.

It’s not a big deal, but it is. It doesn’t change anything, but it does. I’m still the same person as I’ve always been, but I’m not.

It’s a weird time for me. But I’ve also never felt more like I’m on the right track.

It’s hard to talk about without speaking in clichés, but this past year has been truly transformative for me. And I owe a big part of it to - you guessed it - improv.

Level 1 was now more than a year (!) ago and looking back, it’s amazing to see how far I’ve come. I first took improv classes as a way to help my writing, to try something new and see what some of my comedy heroes couldn’t get enough of. Twelve months later, and I hardly recognise the shaky, self-conscious, slightly lost uni graduate I once was.

Back then, I pretty much got vertigo from just speaking in front of people. In the last two weeks I sang in a completely improvised musical and did some stand-up comedy about my experiences ‘coming out’. It’s kind of surreal.

Improv has built my confidence so much, both on and off stage. I’m less afraid to face an audience. I’m more comfortable chatting in social circles, with new friends and strangers alike. I’m now unashamed to admit that Gilmore Girls is one of my favourite shows. Progress!

The other surprise benefit is how it’s got me in touch with my *emotions*. This could easily go down a self-help audio book-type road, but it’s the truth. There must have been something in all those classes where the word “EMOTE!” was yelled at me. It ticked something over - emotions are natural! I enjoy the elation after a good show and that feeling of being on top of the world. But I embrace the frustration, sadness and anxiety that can come with this territory. We feel things because they mean something. They’re important. We get angry at ourselves because we want to be better; we get down because we yearn for something more; we get nervous because we hope we will succeed. Emotions should be acknowledged as part of the whole human experience, and we shouldn’t be afraid to share them.

Also I cry in movies now – once my (secret) sob-list consisted only of Marley & Me and that scene in The Pursuit of Happyness where Jaden Smith loses his favourite toy. Now it’s flippin’ EVERYTHING. (Yes, including Gilmore Girls.)

I still wouldn’t call myself a confident, self-assured human by any stretch – there’s a way to go for me yet - but improv has let me play a bunch of different characters, and somewhere along the way it’s allowed me to find my own.

I’ve come to realise that sexuality is such a small, infinitesimal part of who we are, and the idea of ‘coming out’ seems so trivial in the greater scale of things. But it’s a part of this world, and it’s a purely selfish way for me to be a little less guarded and a little more open with you all.

I can’t thank The Improv Conspiracy enough. Here come the clichés again, but I honestly wouldn’t be where I am today if it weren’t for the passionate coaches, talented performers and my new brave, kind-hearted friends. Thank you, thank you, thank you.

In a way, this post is my initiation, and the TIC community is my audience. (That’s pretty normal, though.) It’s scary, it’s uncertain, it’s uncomfortable – but I’m following that little gut instinct that’s telling me this is right. This feels right. And so I step out.

« Previous: A Rollercoaster of Emotion Next: Awareness of the Game »