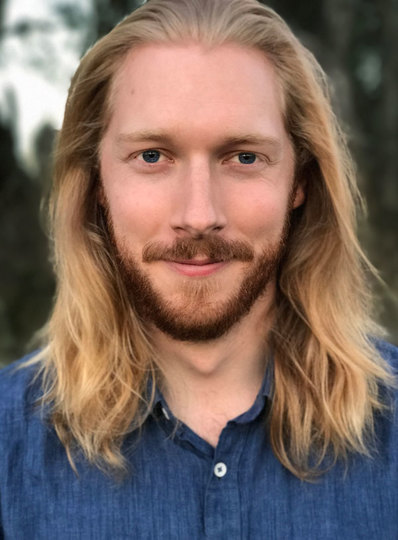 A “master of improvisation” (Herald Sun) and “a leading force in Melbourne’s improvised comedy world as both performer and instructor” (BroadwayWorld.com), Charlie Sturgeon has been an ensemble member of The Improv Conspiracy since its inception, having performed with Harold teams NASA Dropouts, Superstitious, Endless Cash and Surrogate Mouth. Charlie currently performs and coaches between both Harold Night Late Bracket teams and is in the cast of The Remix.

Charlie debuted in 2010 with The Big HOO-HAA!, and has also performed with Impro Melbourne (Impro Sketch, Maestro™, Theatresports™), Impromptunes (The Completely Improvised Musical, Whose Chorus Line Is It Anyway?), and Handcrafted (Soothplayers: Completely Improvised Shakespeare, Stiff Company: One Actor. One Improviser. Half A Script.), as well as guest appearances with companies across Australia.

A graduate of 16th Street Actors Studio, Charlie performs regularly with the Australian Shakespeare Company, having featured in the respective history and tragedies of Henry IV Part 1, Romeo & Juliet, and Hamlet, and starring in the comedies of A Midsummer Night’s Dream, As You Like It, and Twelfth Night (“What I enjoyed the most however was Sturgeon’s Duke Orsino. After seeing him play the romantic lead in another production, it was wonderful to watch the way he approached the obsessive Duke, and the power he brought to the character.” Australian Stage). Other theatre credits include Monologue For A Murderer and Shoot From The Hip with Always Working Artists, The Winter’s Tale with Class Act Theatre, and A Midsummer Night’s Dream and The Tempest with Melbourne Shakespeare Company.

In addition to his professional improv and acting experience, Charlie has studied under clowns, circus performers, and physical theatre practitioners from Australia, New Zealand, UK, USA, Canada, France, Italy, and Romania, culminating in his joint endeavour with Andrew Strano, Quiet Achievers: Completely Silent Improvisation (“trust me, you do not want to miss this show... this show is done so well that it’s hard to tell it’s improv... All the other mime artists out there had better watch out – because Quiet Achievers has got them covered.” ★★★★ — Herald Sun). The Quiet Achievers have played at Federation Square for Australian Hearing's The Big Aussie Hearing Check, White Night Melbourne, Chapel Off Chapel for Roola Boola Children's Arts Festival, TEDxColes, Furlong Park School for Deaf Children, The Little Palais at Coburg Carnivale, Tuxedo Cat at Melbourne International Comedy Festival, and Fringe Hub at Melbourne Fringe Festival.

Charlie is also a veteran of The Improv Conspiracy’s team of workshop instructors, and has taught improvisation for NIDA Corporate, 16th Street Actors Studio, the Australian Shakespeare Company, and the Victorian School of Performing Arts.

In September 2017, Charlie leaves Melbourne to undertake his Master of Arts in Acting (Classical) at the Royal Central School of Speech and Drama in London.

« Previous: Caitlyn Staples Next: Will Sutherland »