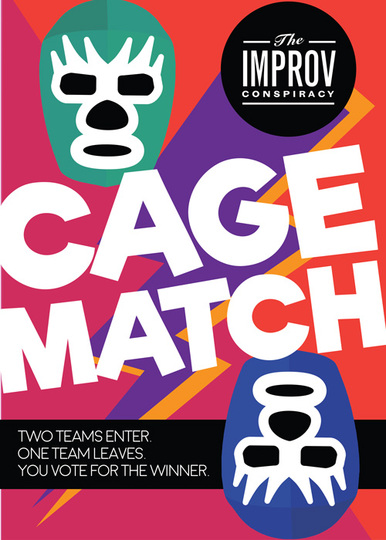 No holds barred, no beg your pardons - it’s the wildest night of competitve improv comedy Melbourne has to offer! The Improv Conspiracy presents - CAGE MATCH!

Each week two teams go head-to-head at The Improv Conspiracy Theatre. Nothing is off limits as long as it's improvised - any theme, any format, anyone. Once they’re done the audience votes on a winner - with the champion returning the next week to face off against a new challenger.

This ain’t a poetry slam, this ain’t a rap battle. This.. is… CAAAAAGGGGEEEEE MAAAAAATTTTTTTTCCCCCCHHHHHHH!

2. The audience will vote for the team that gave them the most satisfaction.

3. The team with the most votes wins, and comes back the next week to defend their title.

Want to enter the Cage Match?

(You might end up performing for a number of weeks in a row, so make sure your small team is 100% committed or your large team can still perform while down a busy member or two! Nobody likes a forfeit.)