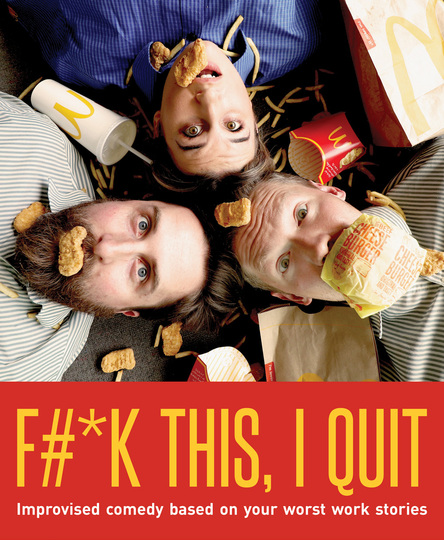 Fridays at 7pm
$20 Tickets
(Plus $0.50 Online Booking Fee)
Most sessions offer a 10% early bird discount for tickets booked over 24 hours in advance
Next Session
Friday
July 30
Scroll down for a full list of upcoming sessions

Ever had a terrible job? Have a story about it? Bring it on down to The Improv Conspiracy Theatre where we’ll spin your workplace woe into a hilarious show.

[We're proudly participating in What's On Melbourne's FOMO Fridays initiative! For our four sessions between May 14 and June 4, all pre-paid tickets come with a free house drink on arrival – beer, cider, wine or soft drink.]