This is a post in our "Five Questions" series of interviews with Improv Conspiracy members.  During the 2013 Melbourne International Comedy Festival we'll be posting a new interview on every day that we have a show!  You can find out more about our show "Our Friend Harold" and buy tickets by clicking here! 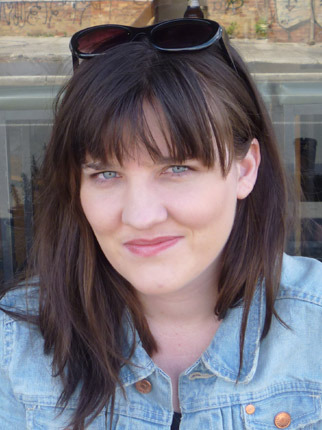 I think it was Spontaneous Broadway. I was blown away by how it all came together, I couldn't get my head around it. “What do you mean they are MAKING IT UP?”

I love how we can come up with whatever we want – completely different worlds or ridiculous situations - and play with our ideas over a number of minutes or scenes. It's so rewarding when everything ties together neatly at the end and you can see the audience go “wooahhhhh”. The challenging thing is saving the scene when things start to go awry. But that's where your team mates all help each other out. Love those guys!!

At the end of the comedy festival I hope we have all developed the magical powers that our Artistic Director Adam Kangas promised when we joined this group. With those magical powers we can then magically print money which we could then use for our next Melbourne Fringe Festival show, Adelaide Fringe and in a dream land, Edinburgh (why not).

Charlie Sturgeon is a genius and I have had so many fun scenes playing with him. Sandwich wars from the wrong side of the tracks was a favourite. Plus “dirty subway boss”. Anything involving sandwiches basically. I hope he gets over this bullshit “Shakespeare” stuff so he never misses any of our shows again.

Sophie Fernandes is the boss of deadpan. The way she can walk into a scene and command the attention of everyone, with little to no talking. I never thought watching someone pretending to learn to chew food could be so mesmerising. She's very good at “weird”.

These people are all on my team The NASA Dropouts. Sue me, I'm biased.

I was at the bank asking for a loan the other day and the guy was like “you have no assets, we are rejecting your loan for $1 million to build a series of waterslides throughout your house.”

And I was like “stop blocking my suggestion dude” and then he was like “seriously, stop crying, you've been here for three hours, please leave”. So I guess what I'm saying is it hasn't helped my non-improv life at all.

Rose Callaghan started workshops with The Improv Conspiracy in April 2012. She performs with her Harold team NASA Dropouts.