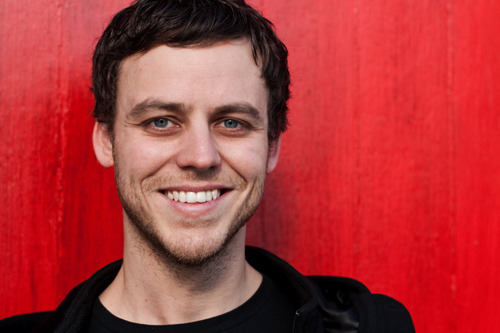 My brother Liam – who has five years on me – doing his school TheatreSports competition when I was in Year Seven. It was love at first sight! Although, to be fair, for the first 18 years of my life I was so in thrall to be my brother that the mere fact of his participation in any particular activity was enough to lock me on a new life trajectory. We can just be thankful he picked improv as opposed to, say, white supremacy.

I fell like the Harold always comes into its own when one's team becomes sufficiently familiar with the rules of the format that they can just start ignoring them. Well, less ignoring them and more bending and breaking them into exciting new shapes and formats.

The most challenging thing is often relaxing into one's first scenes. Coming from a TheatreSports background the impulse is often to jump in with a pre-determined offer and just start flooding the stage with gags. Which is fine and all, but when you've already sucked all the marrow from a concept, those second beats start to draaaaaaaaaag.

A Year From Now: Transubstantiating water into wine.

Charlie Sturgeon for his impeccable physicality and voice work. It's impossible to take your eyes off him. Emmet Nichols for always immediately working out what's going on and playing up to it, no matter how oblique the offer. And Wyatt Nixon-Lloyd for being improv's version of a tropical cyclone.

I write for a living and often have to speak and read from my work. But the written word is by definition a constrained style and it's all too easy to settle into rote recitation. Improv has helped me become at ease with the idea of performance and made me much happier to deviate off script and follow my more unexpected thought patterns to their logical conclusions.

That and I'm in it for the babes.

Luke Ryan has been with The Improv Conspiracy since its inception, with various stretches of time off for good behaviour. He performs with his Harold team The Peeping Toms.