Lockdown Update – September 3:  Due to the length of the ongoing lockdown, we are once again offering online sketch comedy writing courses – save 50% on our intro course with code LOCKDOWN50. All other events are postponed until further notice. If you book for an upcoming improv workshop, it will be postponed on a rolling basis to match the length of the lockdown – i.e. some improv courses listed for October/November start dates may actually begin in January. By booking now you are saving your spot.
Browse Workshops Check Show Calendar

So You Think You Can't Improvise 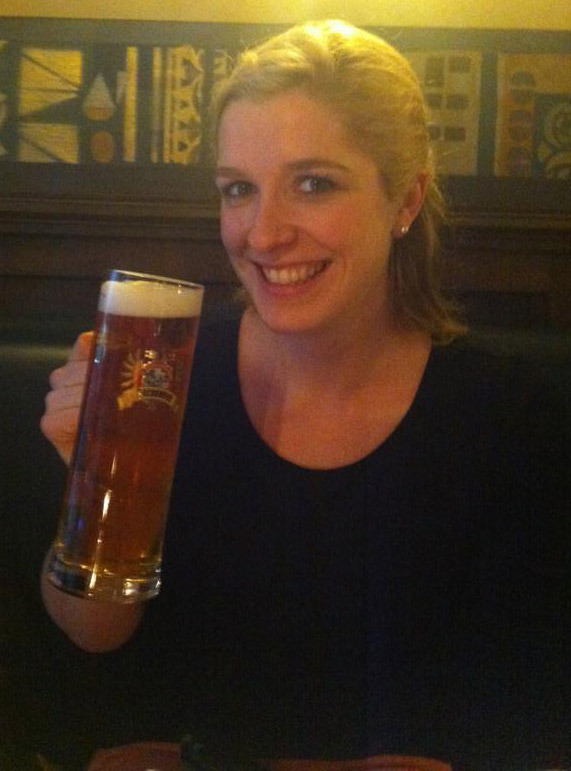 I started doing group improvised comedy in January 2013, when I signed up for an eight-week beginners course through the Improv Conspiracy. Twelve months later, what started as a whim is now my main extracurricular activity. What with weekly training, regular performances and an upcoming tour to Perth, I see my fellow improvisers more than my friends and family.

But I do, of course still see my pre-improv friends and, when I tell them I do improvised comedy now, they say the same things and ask the same questions. Usually they’re about how they could never do improv.

I thought I’d share these because maybe you’re thinking of doing some improv but have yet to bite the bullet. You should! But you have some worries. You shouldn’t. Here are the top five things people say or ask me.

You do improv? I could never get up on stage and do that.

If you’ve ever admired a comedian or public speaker, you probably have a secret desire to be able to do what they do. Who doesn’t like to make a room of people laugh? That doesn’t mean improvisers don’t get nervous. I love performing and I still get nervous. I cried all the way to the venue the night of my first Harold. Another girl was throwing up right up to show time. Even now, a typical pre-performance day for me involves snapping at colleagues, yelling at my mother over the phone, and a trip to Haigh’s chocolates. Fear and anxiety are always going to be there but you get better at controlling them, so don’t let it put you off trying. And the adrenalin during and after always make up for the scariness before.

Wow Lucy, I thought you were quiet—I would never have though you would do something like that.

This is usually from colleagues who don’t know me, or cousins I see once a year. Yes I’m an introvert. No, I’m not the class clown. But none of this means I can’t do improv or not be good at it. ‘Quiet’ people are not boring—remember ‘still waters run deep’. Quiet people can be hilarious because they’re thinking and observing and come out with some witty one liner.

I’m also a bit of a perfectionist (can you be a bit of a perfectionist? Ok fine I’m a total perfectionist) but the great thing about improv is that it helps you get comfortable with mucking things up. You have to be willing to fail in order to learn and discover interesting things and this is incredibly healthy for those of us who have been been striving for 100 per cent our whole lives. On stage, nothing is a ‘mistake’ and some of the funniest scenes I’ve seen or been in are the result of someone saying something that appears ‘wrong’.

So do you pre-plan anything?

We don’t pre-plan anything. No characters, no awesome jokes, nothing. We are making it all up on the spot.

You know why we don’t pre-plan? Cos it’s harder to get laughs. It’s never as funny or touching or meaningful as the stuff we come up with in the moment. Anything pre-planned typically falls flat, or it’s never as funny as you thought it would be. You learn quickly not to pre-plan.

That said, we do train and practice…

How on Earth do you practice improvising?

I liken it to playing a sport. On the court, no two games are the same and you can’t go out and play an exact game. It’s being made up as you go. In training, you build up skills, practice certain moves, learn strategies and plays, you get to know other players’ strengths and make the most of them.

It’s the same with improv. We learn basic skills for creating scenes, characters and relationships. We discover which moves in a scene work and which don’t. We learn structures that we can follow to guide our play. We know our team members. So on the night when we go out there with nothing planned and ask for an audience suggestion, we are confident we can work with it.

I’m not funny enough to improvise.

Have you ever made anyone laugh? Ever? Even if they were laughing at you, not with you?

Blistering wit and amazing puns are great, but you don’t necessarily need these to do great improvised comedy. In fact, going for the big one-liner is a quick way to kill a scene.

You have your own perspective on the world and your own way of living it. Let’s face it—every one of us is a bit weird. I have daydreams where I’m best friends with Beyoncé but for some reason in my daydreams we always end up fighting. This is the kind of thing you use to make good scenes. It’s called ‘truth in comedy’. Some of the biggest laughs I’ve received were based on personal experiences. Once I realised I could mine my own life, I found out you don’t have to try to be funny.

Oh, plus, I’m heaps funnier since I started improvising.

Any other questions about improvising?