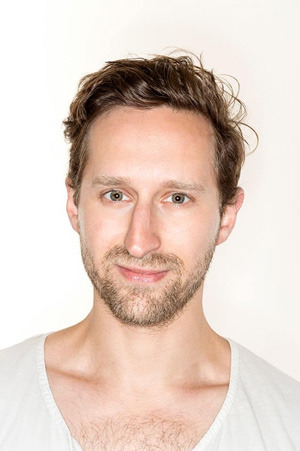 In real life I talk like my best friend. We have the same idiosyncrasies and fairly similar vocal intonations. That’s because I’ve been best friends with him for almost 17 years. As improvisers, we don’t have the luxury of time, so copying your scene partner’s movements instantly establishes a sense of long lasting friendship, even though you don’t have those stories of that time you shaved his leg whilst drunk, or that time he pissed on you while he was asleep. Mirroring also helps you get on the same page as your scene partner, and makes the “yes and” so much easier.

As humans, we’re hardwired to look for differences, to stand apart. As improvisers, this makes scenes hard. Rewiring the brain to stop looking for differences takes ages, because you have to learn how to stop doing one ingrained habit, and start doing another. It’s like if you were suddenly asked to only ever talk in French. You wouldn’t just have to learn French, you’d also have to learn how to stop talking, and thinking in English. So don’t beat yourself up if you find your brain constantly looking for differences. French is hard, yo. Like, seriously. Who the fuck decided that a table was feminine, but an airplane was masculine?! WTF?!

Which leads me to my next point – empathy. I’m sure there’s like a billion books that have been written on this, and probably at least 6 of those have something to do with improv. Sympathy is the understanding of the suffering of others, but empathy is the mutual understanding of the suffering through direct experience. Since we have about zero time to create strong relationships on stage, empathising is one of the most important tools you have. At its core, it’s being the same. It’s emotional mirroring. It’s “yes and”-ing the fuck out of it. Here’s what I’m talking about:

Offer: “Mum, I don’t want to go to school today because I’m scared of the other kids”

What’s the fastest way to block this offer, tell your scene partner their ideas don’t count, and they should think up something better because time is ticking away and they’ve failed the task and their mum is in the audience with a lavender broach on, watching them with the disappointment only a mother can muster?

Empathetic Response: “Yeah, other kids are scary. You know what’s scarier? Adults. I don’t want to go to work”.

Now you’ve got two people who are scared together. This scene is probably going to be easier than a mother trying to convince her child to go to school, because all the improvisers now have to do is “yes and” each other’s fear.

There’s much more to it than this, obviously, but if you can find the thing that connects you as quickly as possible, then you can find your own thing, and jump between the two pretty easily.

And if none of this helps you or makes any sense, then I officially blame the French. Because seriously, guys. A feminine table?

Andy Balloch is a performer/instructor with The Improv Conspiracy. He is a former member of fan-favourite Harold Team Foggy Windows and currently performs every month with The Sparrow Men.

« Previous: New programs to thank our most loyal fans Next: You're Going To Meet Some People: Ryan Zorzut »