You're Going To Meet Some People: Ryan Zorzut 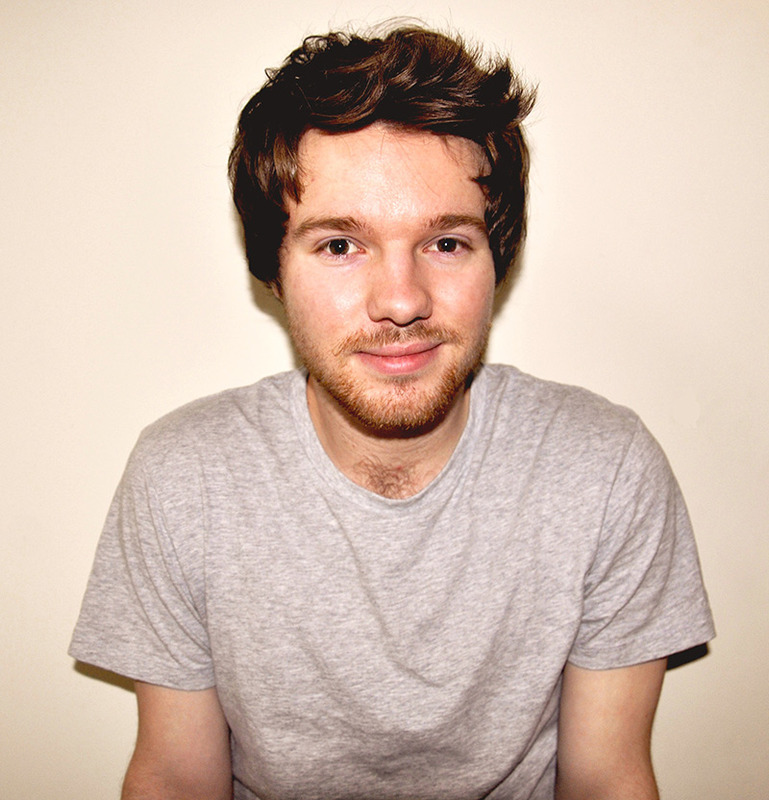 What's your favourite thing about improvising?

I guess it's probably the community. It's like hanging out with people, making friends.

How long have you been in the Conspiracy for now?

It's been one year. One year in January.

How is your progress from the classes to now? You've been on a couple of different teams now, how have you got to know everyone here?

I've been with a few different groups of people. I think the amazing thing is how close you get to people you get straight away. As soon as you do a scene, you instantly have a relationship with them that's outside of improv. That's the amazing thing.

What was the last thing you fanned out over?

I fan out pretty much every Monday when I get to watch Saturday Night Live. That's pretty much my major fan-out. I've been watching old episodes and it's just amazing what they do.

Any sketch, any person on the show?

I think my favourite would be Bill Hader. Just amazing what he can do, and just like makes me want to be him, do all these different impressions. It bums me out when I can't. If I ever met Bill Hader, I would go crazy.

What would you do?

Probably just, hold him real tight or something. It would be really lame and embarrassing, and I'd feel really bad about it afterwards, like he thinks I'm a dick. I've done that with people, I met a bunch of people from Buffy at the cons, at the comic cons or whatever. You know what? I don't think I'd say anything, I don't think I'd be able to say anything. I'd be paralysed.

As an improviser, has anyone ever pointed out any trademarks, any tricks you show when you're performing?

I really like doing weird stuff, and a lot of times it doesn't work but it makes me happy. My favourite scenes to watch are ones where you're laughing but you're also amazed with what's going on. Like you don't know what's going on but for some reason you're laughing at it? Those are the ones I try to do the most.

Do you collect anything? If so, what is it and why?

I collect heaps of things. Mostly memorabilia. The thing I have the most of is Buffy stuff, I've got heaps of like Buffy toys. I've got like a massive life-size Angel puppet. I don't know if you've seen it?

As in the episode where he's turned into a puppet?

Yeah I've got that in my room, it's like next to my bed. I've got like a Buffy blanket. If anyone would come into my room they'd be like "this guy is not 22 years old, he's a fifteen year old girl who really likes Buffy."

Two. Definitely two. That's what the show was all about. Just some girl in high school fighting demons. That's what it was all about. It had the best moments in it as well. Like my favourite episode was the one where Oz turns into a werewolf and no-one else likes that episode but me, and I think that's kinda why I like it so much because "oh yeah, this episode." That's an episode I could watch every day.

Do you remember any one particular scene or show where you felt personal growth in your improv?

Those moments are pretty rare to me. So there's the first show obviously, and there's the first  show where you've done something better then you have done before, and you feel you've done it better. One of the first Cage Matches I did, I don't remember anything in particular I did but I felt good at it. And the other moment I had was I think it would be the start of Level 3, the second time I did it, the first week I felt like a big change.

There was a scene. I was on a boat with someone and for some reason the boat was our annual work party, and I was the manager and I had only one kid who worked for me. We worked in a video store, and every year for our annual party we would go out on this boat together. The kid hated it but I loved it so much and wouldn't get him leave or talk down about the boat party. It was a small canoe and we were going around in circles, and that's party. I think that's one of my favourite scenes I've been in, yeah.

If you could go on a holiday with any two people - real or fictional - who do you pick and where do you go?

Who do I bring? I guess I have to pick someone who's funny, because I need that. I guess someone who I have a crush on, that would be nice. Alright. Sarah Michelle Gellar then, and Bill Hader. Those two people. Actually wait.

No I'll take those two.

And where are you going?

Uhh. We could go to a beach somewhere, we could hang out. We could write some sketches up. Maybe shoot a movie. It would be like one of those shitty movies people do in Hawaii, like big stars do in Hawaii, just to like get away.

Yeah! I'll sing and dance if they want me to do.

What would it be called?

My Hawaii film? Hmm. It would probably be called Hawaii Five-No. Nah that doesn't make sense, that doesn't make sense. I've actually been to Hawaii so I should know a little bit about it! How about... it would have to be a rom-com, because Bill Hader would be my best friend, Sarah Michelle Gellar would be my love interest. So it would have to be something Hawaii and love.

Yes great. I love Convergence (the one where you try to get two people to say the same word at the same time) because it feels like you're reading the other person's mind. So satisfying to be in someone's brain like that. Also I Am A Tree, I used to hate it but now I enjoy how limitless it is.

My favourite podcast to listen to is How Did This Get Made?. I listen to that every week. The three hosts, they've got this like, they've got this great relationship. Hearing them talk about bad movies is always funny to me. Like if I'm feeling a bit down, I'll listen to that and it will cheer me up. I guess Amy Poehler's book [Yes Please] is pretty good, but I guess most improvisers have read that?

It would have to be a burger. I pretty much eat too many cheeseburgers. Yeah. Do you want me to describe the burger?

It would be like a bread bun. It would have some lettuce, you'd get that cheese, cheddar, on there. It would have mayonnaise, yeah mayonnaise. You'd get a beef patty. You know what? I think that's it.

No ketchup, no mustard, no pickle?

And that's it? Just the one burger, and then death?

Uhhh I'd probably have one and a half, I reckon I could eat half of one but like not two. Because I wouldn't eat two. Oh! And onion rings as well. But they would have to be a legit onion rings, not a Hungry Jack's onion rings. They'd have to be like actual onions in the rings.

Baby don't hurt me. Yep, that's pretty much it!

What question of your own would you like to pass on to the next person being interviewed?

Hmm ok. If you'd have to rate Ryan out of ten, what would you rate him?

What would you pick? Are you a good robot or a bad robot?

Humans are alright, I guess. They just need a good robot to help them out a bit. Do the dishes, clean the house. Humans will sort it out. They've got it under control I guess.

« Previous: OMG, I totally know how you feel Next: You're Going To Meet Some People: Simon McCulloch »