How improv is changing my life 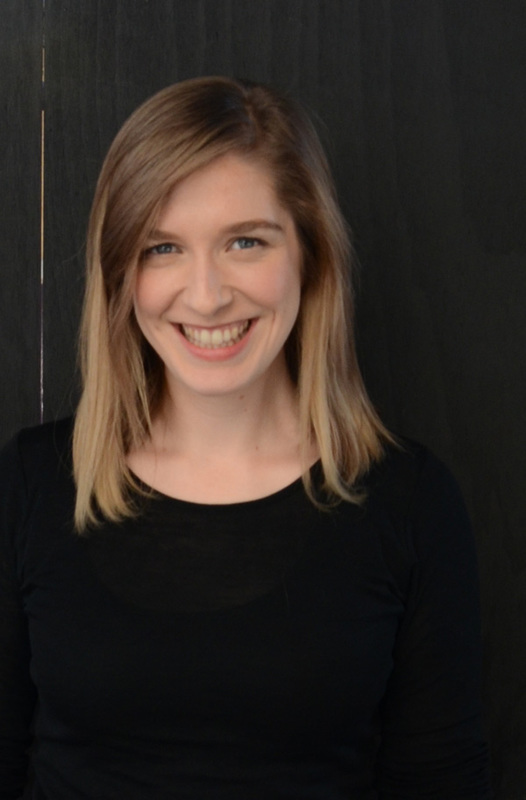 Lots of people ask me why I do improv. They’re probably just making conversation, but given this one-time hobby now takes up so much of my life, I take the question seriously. Up until recently I really did wonder if it was impacting how I behave in ‘real life’. I could see I was getting better at improv, but were there any useful side effects?

I started being able to see what was going to happen next in sitcoms, but that’s not exactly a life skill. I learnt to ask people not what they ‘do’ but instead what they did outside of work that got them excited, and got rewarded with much more interesting conversations than your usual cocktail standards (watching a woman my age get excited about pottery was a sudden reality check of how bizarre I must seem when I talk about improv). Slowly I noticed my listening get a little better, as well as my memory, and observational skills.  I was getting funnier too. I could make my friends laugh more and, because of the lack of inhibition developed from performing, I could make strangers laugh too. They didn’t expect me to go to places I felt perfectly comfortable to go to. To be honest, they probably didn’t expect me to talk to them at all.

But more recently, I’ve noticed some changes on a much more significant scale. Improv is helping me become my true authentic self.

In improv, you need to play a different character in almost every scene, so you can go through heaps of characters a night. As I learnt to play a wide range of absurd characters for comic effect, I started noticing that I play characters in real life. Depending on the people I was interacting with, I behaved quite differently. I started noticing that many of these times, I was behaving in a way that I didn’t like, that didn’t feel like me or that I didn’t feel comfortable with. Not only this, but I felt like I had to behave that way: like it was expected of me to play a certain character. But I was playing characters I didn’t want to play.

I started watching myself in real life as I responded to people, and noticed I was giving what I thought was the expected response, rather than my response. With one group of friends, I was the ditzy clown. With another group I played cool girlfriend.

One of the main characters I played is an uppity, perfectionist prude. This is the character who gets everything right, who is perfect at everything, and who likes to conform. Who knows the ‘right’ way to behave, including how to address formal thank you letters, how to signal satiety with your cutlery, and the correct order of speeches at a wedding. Who doesn’t get messy. Who grimaces at the dirty joke.

And I hate playing it.

Training with Dave Razowsky made me realise why I play this character, and the source of it was fear (of course). I am so afraid of being judged or being caught out or looking stupid. Afraid of taking risks in case things go wrong and I get in trouble with the teacher (as I’m writing this, every time I ever got in trouble with a teacher just flashed through my mind – yep, all four of them). Afraid of talking about sex in case I come across as slutty or worse, like I know nothing about it. Unable to laugh at a fart joke. Unable to chill out, because I play the unchill person.

Dave Razowsky helped me recognise this as my ego, and he taught me how to shed it, as evidenced by a scene a short time later where I made a sex joke! My first ever on stage! My scene partner was so surprised he thought I was talking about something else. It was a genuine milestone in my life.

But there are other characters I play that run even deeper. Characters I’ve been taught to play, characters all women are taught to play. A main one that I think many women play is the innocent, friendly, people-pleasing girl who smiles on request and ignores sexist, belittling comments.

I didn’t know I played this role until a recent training for Original Cast: the improvised musical. We were purposefully exploring how we can defy some of the tropes in musical theatre – like the male genius – and uncover the unconscious bias we have towards playing out men’s stories, because that’s what years of movies and books has told us is interesting.

I was in a scene playing a women, who happened to be a mum, going for a job interview. We asked my scene partner, Broni Lisle, to play the old man who runs a publishing house, and we asked him to purposefully play in a stereotyped, bigoted manner (NB do not do this at home! We were being super careful and had a great director to look after us, plus I’ve been playing with Broni for nearly four years).

My character walked into the job interview. Broni’s character’s first line was ‘You’re late!’. And mine was ‘I’m sorry’. Then further along in the scene he said ‘I’m not sure we have room in this agency for a mother’ (reminder: Broni was specifically asked to play in this way! He is not like this!). I mumbled something in reply, trying to make it comfortable for Broni’s character, for the audience, for everyone - because that’s what I do. That’s what women are trained to do.

But the scene felt difficult. We’d been working all morning on telling women’s stories and here I was, stuck in a shitty one where women were belittled.

‘Can I have another go?’ I asked our director.

This time, when Broni’s character said ‘You’re late!’, mine said ‘Actually, I’m right on time’. When he brought up the mother thing, my character said ‘I don’t think that’s relevant to the interview. I know some people in this organisation know me and know I’m a mum but that’s highly inappropriate to bring up’. We went on, with me feeling comfortable to question the other character’s reality. In the previous round I had accepted that I was late and that he could behave this way to me. This round, I defied it, and refused to apologise or make him feel better.

Then, because it was a musical, we sang about it. My character sang about how she was so qualified, and great for the role, and it was her dream. Broni’s character got to recognise how bad he had been behaving and change his ways. And my character got the job!

I felt so uplifted by this. During the second version I had felt like a grown up woman, not a child as I had in the previous iteration. I felt confident and intelligent; bigger, not smaller. I felt authentic. I felt like the person I want to be.

A few days later, back in the real world, I had to pick up a pair of boots from the cobbler. He was patronising and condescending and call me princess three times. Old me, the me before that musical training, would have played the role I had been cast in – the infantile, smiley girl who makes old men feel better ok about their sexism. I would have laughed at his jokes, and walked away feeling inexplicably hopeless.

But new me suddenly recognised and immediately shed that old character. While I didn’t call him out improv-style saying ‘Don’t call me princess!’, I did behave like the 32-year-old woman I am. I was polite and professional but short and sharp in my responses. I didn’t put on a higher pitched voice, or smile. I gave him no reassurance that his outdated ways were ok. I walked away feeling strong and empowered and proud.

So yes, improv is changing me, big time. It’s changing the way I relate to the world and other people, their expectations and stereotypes. More and more, in real life I’m being the person I want to be. I’ve never felt more like the authentic me. It’s like a restraint has been removed as I learn to recognise all the crappy characters I’ve been playing in real life to date.

And I cast them off, never to play them again.

« Previous: Form an indie team… now! Next: Wheel of Feels »