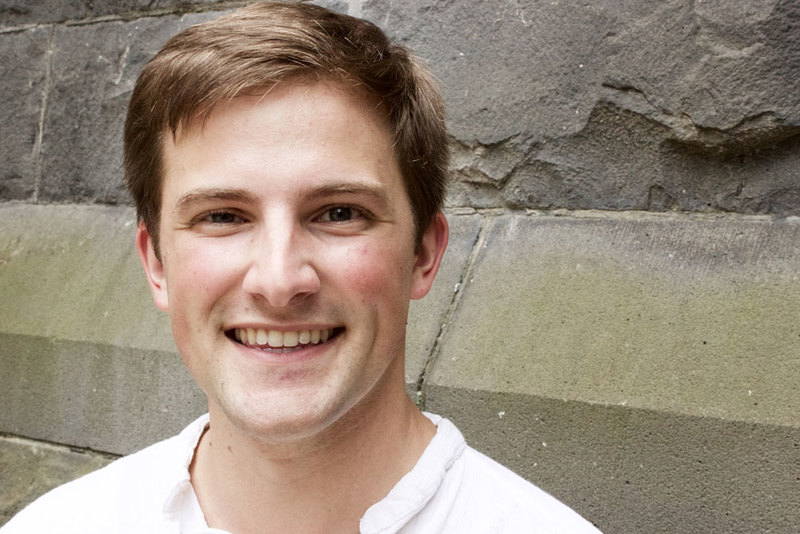 If you’ve taken an introductory improv class, odds are you’ve done some form of emotional expression exercise. If you’re like me, this generates two responses over time:

In doing this work, you’ve probably been limited by your teacher to a few “core” feelings. If you’re like me, maybe you responded in a further two ways:

1. Resistance: Why can’t I play “jealous” or “nervous?” That’s more fun.
2. Relief: Thank everything I don’t have to think hard about this.

Found the game yet? Learning often follows a pattern of resistance and release. Changing perspective makes inertia. I certainly felt (and feel) that whenever I do emotional work in scenes or with students. 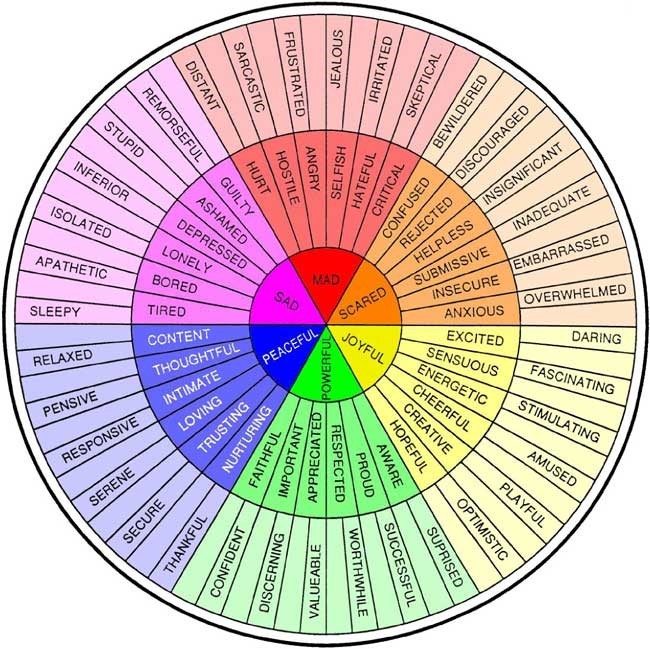 The wheel above is not quite what we exercise at Conspiracy (Mad/Sad/Afraid/Loving/Joyful). You can find dozens of different formations of these “core” emotions. Let’s join the party and reinvent the wheel. We’ll use two equally important authorities on feeling as our guides: 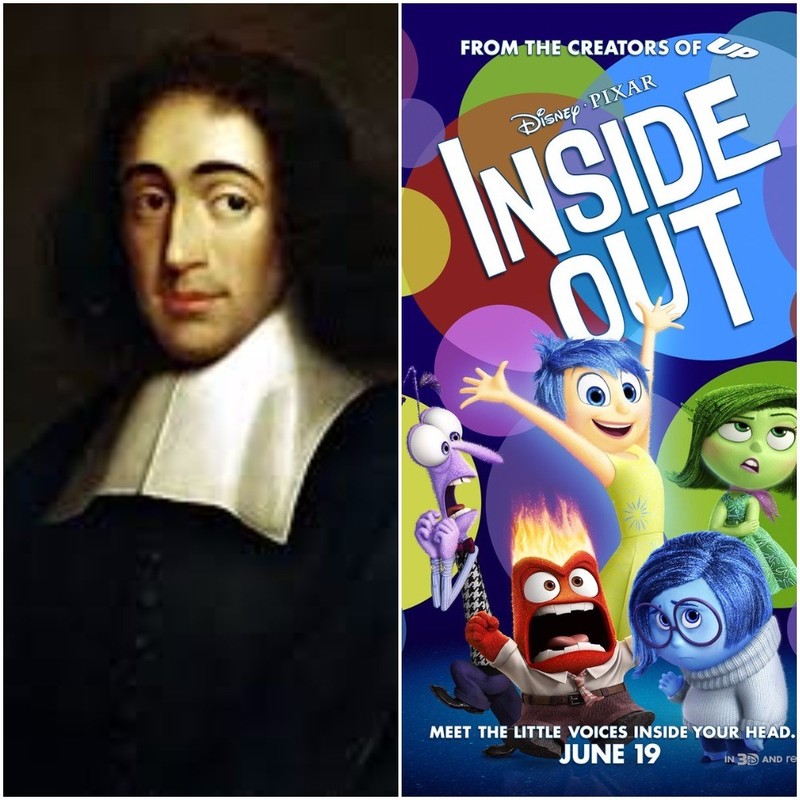 The plot of Inside Out and Baruch Spinoza’s theory of affects (as in how we are affected) share a beautifully simple understanding of feeling. At the core of both are Joy and Sadness.

Spinoza says everything strives to keep on keeping on—and to get better—as long as it can. When something helps out in that department, joy happens. When something hinders us, sadness. Everything else is a species of those two.

Look back up at the wheel, or really any version of it you like. Almost all of them have Anger and Fear as core feelings. Why? The clichés give us clues: “primal fear,” “animal rage,” “pure disgust.” Because fear and anger are “first” or “primitive” reactions, we give them status.

There’s a reason Inside Out eventually boils down to the character relationship between Joy and Sadness. Fear, Anger, and Disgust all have their place, usually as instant reactions to danger and injustice: anything that holds us back or hurts us. They move the hell out of plot, but they are stagnant characters. In the end, they can all be silent and let Sadness do her thing: actually confront isolation, loss, and mortality.

Joy and her sisters do the opposite. They create. They see potential. They plan for the best and expect it. They are power and connection, love and creation.

Think about the best performances you’ve ever seen that featured angry characters. Plenty of delightful scenes showcase static anger, the sitcom version that never evolves, but raises its volume a few times before disappearing. The most satisfying performances—the ones that get those weird involuntary noises from us—show us the fear infusing that anger, and the sadness beneath that fear.

All the nuances of feeling are available to you always. I submit, however, that they are far more satisfying to discover when you give them this simple foundation. Joyful experiences, in Spinoza’s quite literal terms, “increase your power of acting.” Keeping core feelings simple will do the same for you on stage.

Adam Hembree is an Improv Conspiracy alumnus, workshop instructor, and co-founder of Soothplayers.

« Previous: How improv is changing my life Next: You're All You've Got »