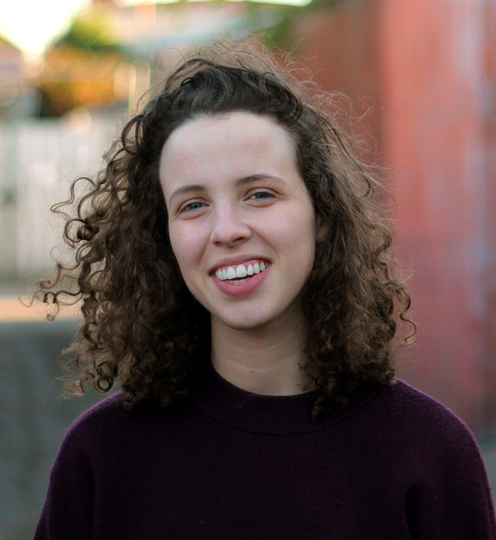 Join Date
May 2016
Performs With

Millie Holten is a writer and comedian from Melbourne.

She began her improv education with Hoopla Impro (London) in 2014, and has been hooked on the sweet external affirmation of laughter ever since. You can watch her perform in The Remix and our House Sketch Program, desperate for more.

In 2019, she completed a Bachelor of Screenwriting (Honours) at the Victorian College of the Arts, and was shortlisted for the Australian Writers’ Guild John Hinde Award in 2020.

She is one third of the comedy trio Big Big Big. In 2021, they released their sickly scripted podcast, The Candyman, and debuted their live narrative sketch show, Catching Jack. She has also written and performed sketch comedy with The Melbourne Uni Law Review (2018) and Space Force (2019) for which she was dubbed one of the “comedy stars of tomorrow” (Squirrel Comedy). Another review noted her “face that most comedians would kill for” (The Dialog), but she doesn’t want to unpack that one as much.

Find out more at:
www.millieholten.com