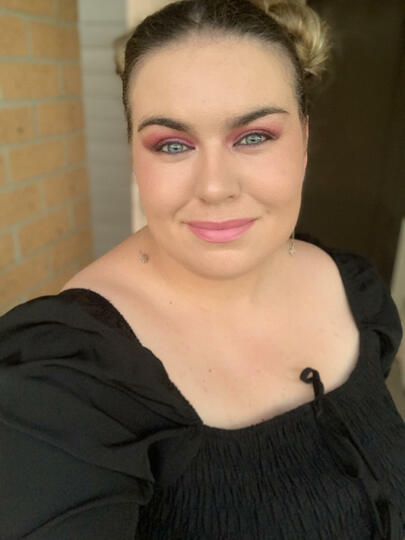 Ashleigh developed her love of musicals and plays in secondary school.

It was further cemented at LaTrobe student theatre, with opportunities to travel interstate and spend 2 months in Indonesia developing collaborative theatre projects.

She performs regularly at The Improv Conspiracy as part of Harold Night’s, F@ck This I Quit and Hunks 4 U. Ashleigh has also performed in the 2022 Melbourne International Comedy Festival and Melbourne Fringe Festival in the cabaret performance of She-Nanigans the Show, written by Chido Mwat.

When she’s not performing she’s rehearsing comedy material in front of the toughest crowd there is, her class of prep students!