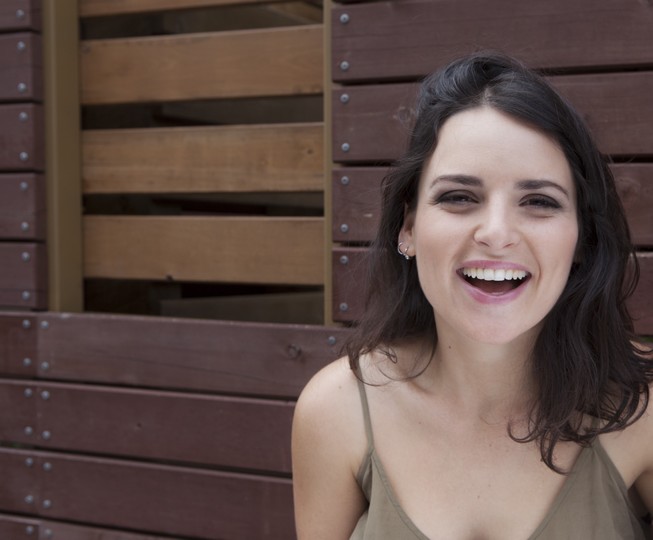 Steph has completed a BA at Monash University, double majoring in Film and TV and Theatre where she learnt almost nothing. Stephanie has always been a lot better at surfing the internet than studying and has therefore mastered the art of procrastination. As she became aware of this she wrote and performed in her own one woman cabaret show about her half arsed life at the 2015 Fringe Festival.

Stephanie is a singer, voice over artist, radio host and wannabe writer, which are on the same love level as improv. She is scared of becoming Jack of all trades, somebody help her.

Steph finds great joy in entertaining friends and family whenever the opportunity presents itself which is horribly often and loves being a part of creative groups of people. Taking 3 steps forward to become a grandmother who talks to their grandchild about sex then 3 minutes later turning into a sad Englishman who just wants everyone out of his house is Steph’s favourite part of improv. Who knows what’ll happen, no one. That’s the point of improv.. idiots.

Steph’s been doing improv since 2016 and has really not looked back since. In fact, a friend of Steph’s was standing behind her calling out in desperation and she just wouldn’t turn around.

You can find Steph performing at TIC in her new Fresh Blood team Us VS Them and in her monthly shows with The Real Improvisers of Melbourne and Amelia Bearfart. Fin.