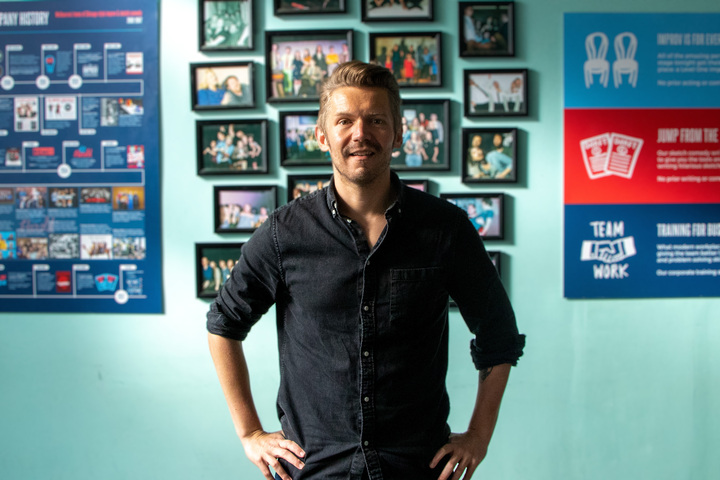 Adam began improvising in 2006 while living in Los Angeles. He is an alumnus of the Upright Citizens Brigade and iO West training centers for improvisation, spending years in the classroom and on the stage at each of the two Hollywood theatres.

After moving to Melbourne in 2010, Adam began performing regularly with local groups such as The Big HOO-HAA! and The Baby Seals. Noticing that Australia lacked anything comparable to the long-form improv training offered in the States, he started teaching Chicago-style improvisation workshops and founded The Improv Conspiracy in October 2011.

Under his direction the Improv Conspiracy Theatre has trained over a thousand students and entertained countless audience members at Melbourne's first and only dedicated improv & sketch comedy space.

Since starting The Improv Conspiracy, Adam has made numerous trips back to America to take advanced improvisation workshops with the Miles Stroth Workshop, the Annoyance Theatre and a number of instructors from the Second City.

Once a shy Computer Scientist, Adam firmly believes that improv is for EVERYONE - not just actors and comedians.