You're Going To Meet Some People: Courtnee Johnston 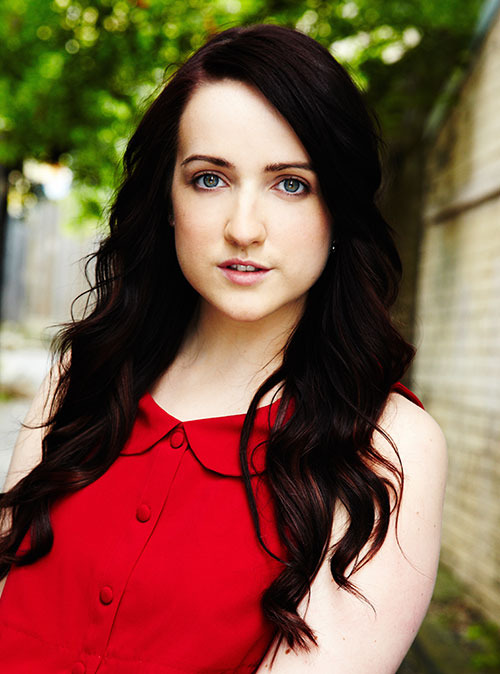 I need to see you more!

I know. We were like the tightest team there ever was, seriously.

Oh my god. I still talk about that Level 3 grad show to people.

I know me too! It was the funniest time I've ever head. And was it Floyd [Alexander-Hunt, former Conspiracy performer] doing the news report as well?

Yep. Oh no, it was Tess [Dobre, former Conspiracy performer]!

Oh it was Tess too! And we were all grinding up on everything.

That scene with you and Lauren [McKenna, Harold Night team Bass Drum Kitten] where you were mapping stripper terms to a ice cream shop...

And they both melted perfectly together, just like ice cream.

It was one of my favourite shows.

So yeah we know each other.

Do people know you. Like how did you come into the Improv Conspiracy? Had you been performing before that?

Yes so I had been acting since I can remember. I had always been in drama, back home in Tassie, and I had always done tons of theatre back home, and musical theatre. And then when I moved to Melbourne, I went to 16th Street [Acting Studio], graduated there, and I really wanted to find something comedy because that's what I love, comedy and improv and everything like that. And Tess, happened to say she found Improv Conspiracy and do I want to do it. So if it wasn't for Tess I wouldn't have known, because I'm hopeless at social media. I feel like she did a stand-up thing and found out about Improv Conspiracy through that, I think that's how it happened. She asked me, and she also said it to Tim [Watson, Harold Night team Bass Drum Kitten], and yeah, the rest is history.

You're Going To Meet Some People: Tim Quabba

Today, Mike chats with Tim Quabba, who performs with Harold team Endless Cash, and will be seen doing during the Melbourne International Comedy Festival as part of Now Showing: The Improvised Movie.

[Tim turns on Dream is Collapsing by Hans Zimmer from the Inception soundtrack. For maximum effect, play this song on a loop whilst reading this interview]

Tim Quabba: I'm going to put this on repeat.

Do it! [pause] Yeah, imagine when I'm typing this out in like, a week or so, and I'm just hearing music and no talking what-so-ever. The music is just dominating the conversation! It's like I feel like the answers are going to come in those kind of waves, where the answers get more and more dramatic as the music builds.

It's on the soundtrack to Inception. Look it up. Have you looked it up?

No I have never looked up the Inception soundtrack.

Let me look it up. He's done a lot of films, I'm familiar with the name. I'm probably just mixing up the names with another composer [note: The Simpsons was often composed by Alf Clausen].

He did Inception, he's done a lot of the Christopher Nolan stuff. He did Man of Steel, collaborated with Will Ferrell in that. Anyway.

Yeah he was on the drums.They had drumsets in the orchestra...

And Will Ferrell's playing them all?

[laughs] One of them.

He's a man of many talents.

Acting and drumming. What's your favourite thing about improvising?

It's fun. It's so fun. It's free and.. you can just free yourself on stage and everyone's just so supportive and lovely. You know that you can do anything, absolutely anything and have 100% support from everyone. That is the best part for me.

You're Going To Meet Some People: Patrick Rehill

Today, Mike chats with Patrick Rehill, who can be seen performing with Harold team Airblade. 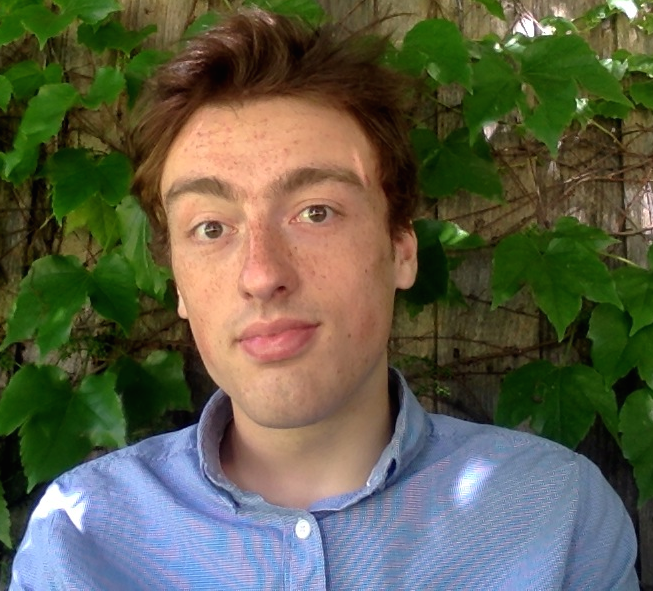 Patrick Rehill: Were you there when I tackled the guy in the jam?

What happened? Tell me.

Welcome to the interview Patrick. So you were saying you tackled someone in the jam?

We were just doing a scene and it wasn't working very well and someone tagged out and, I had nothing so I just went out with this idea of a rollercoaster created that kinda ruined people’s childhoods.

It was weird though because I got tagged out and someone came in as a Teletubby or as Barney the Dinosaur or something and I just got this impulse to run on and tackle him and sorta ruin things for the children.

Did you know this person?

No, and I was reminded of the jamafesto right after getting off stage. Namely that the insurance doesn't cover anyone being kicked in the head.

Have you spoke to that person since? They haven't quit improv, have they?

[nervous laughs] I'm not sure. He was in level one at the time. I spoke to him afterwards, “I’m so sorry, was that ok?” Getting permission afterwards, it’s better to seek forgiveness than ask for permission.

Hopefully they are ok now.

You're Going To Meet Some People: Laura Buskes

Today, Mike chats with Laura Buskes, who can be seen performing in The Remix and with Harold team Friends at the End (plus a few other projects). She is also an exciting new Level 3 instructor in our workshops program! 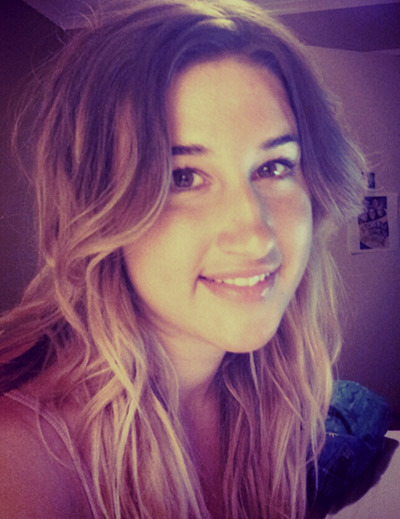 Ready to be interrogated.

Ok first thing’s first. What was your first job?

My first job, ok. I worked at Brumbies when I was fifteen.

Brumbies. Was that just because it was close by to where you lived?

Yeah. It was at the North Ringwood shops, which was like a ten minute walk away. I got the great job of getting $8 an hour whilst…

Yeah, and my manager actually hated me. I think once my mum went in, I don’ t remember why.

I think that’s the reason Laura.

Yeah, exactly. But yeah the manager told mum all these things I was doing that I didn’t do.

What were you doing?

I actually had a boyfriend there as well, I met a guy and we started dating. And the manager started saying these things to my mum, "oh she’s really inappropriate at work, they are always cuddling at work", which wasn't true at all.

You're Going To Meet Some People: The Sparrow Men

Today, Mike chats with Marcus Willis and Andy Balloch of two-man team The Sparrow Men, who will be seen together at the Butterfly Club this Tuesday through Sunday. 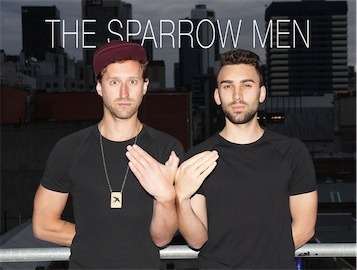 Thanks for doing this.

A: Thanks for letting us.

Marcus you just made me a smoothie, it's pretty good.

The things you can do in your own house.

You don't make many smoothies you said.

M: Then after three or four times people don't give in, but I could sense weakness in you.

A: [laughs] So Marcus went in for the kill.

I'm always interested in origin stories. How did The Sparrow Men come together?

A: Do you want to field this? I've told this story many a time.

A: So Cage Match opened, and there were registrations. And Marcus wanted to do a two person team, and so he sent a couple of people messages and I replied with yes yes yes yes, and I think I was still in level two?